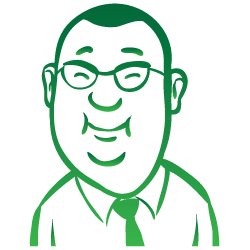 Watching my grandfather work until he could no longer physically do it had a big impact on me. From the time that I got my first job, I began planning for my retirement. By the time I was twenty years old, I had a fair amount of money stashed away for my retirement. I started learning about the different ways that I could invest that money to make the balance grow without actually having to deposit so much of my paycheck into the account each month. Find out different ways to build your retirement fund up here on my blog.

Most people have a vague notion that the valuation of sports teams produces numbers that are high, especially for top-tier franchises in the biggest leagues, but the process of coming up with those figures is more involved than one might expect. It's normal for a franchise to bring in a sports advisory firm to help it come up with a number. Many big financial players are involved in the business, including the consulting firm KPMG and global banking giant Citi. Regardless of who's doing the math, four factors come into play when putting together a valuation.

In the simplest form, the valuation of sports teams isn't much different than the valuation of other businesses. You figure out what the operation's expenditures and intakes are, and then you establish a profit margin. A valuation can then be derived using typical business models, such as discounted cash flow analysis, various multiples or estimates based on comparable transactions to the proposed sale of the team.

Expenditures are a big deal for franchises, and consequently, you'll see that leagues' labor relationships tend to factor heavily into valuations. Television broadcast rights are a major revenue center. You can pretty much guess the valuations of sports teams in many leagues once you know what their labor and TV situations are.

The local market for a team is one of the most obvious factors that will differentiate one franchise from another. A team such as the Green Bay Packers in the NFL can expect a loyal fanbase to continue supporting the franchise for decades to come; consequently, the team's estimated $2.55B valuation from Forbes in 2017 places it above teams in similar markets. Local taxpayers support for bond issues to handle stadium construction or upgrades can also help a franchise.

An operation that has it together brings additional value to a franchise. A basket case organization can lose value rapidly, like Miami in MLB, which sold for $1.2B and now is valued at $1.0B

The recognition of a team, especially in markets outside a league's normal territory is a major driver of value. Brand value can be tough to calculate, but certain teams that exemplify brand value are easy to identify, such as Manchester United in the EPL or the New York Yankees in MLB. These are teams that people on the other side of the planet will recognize.